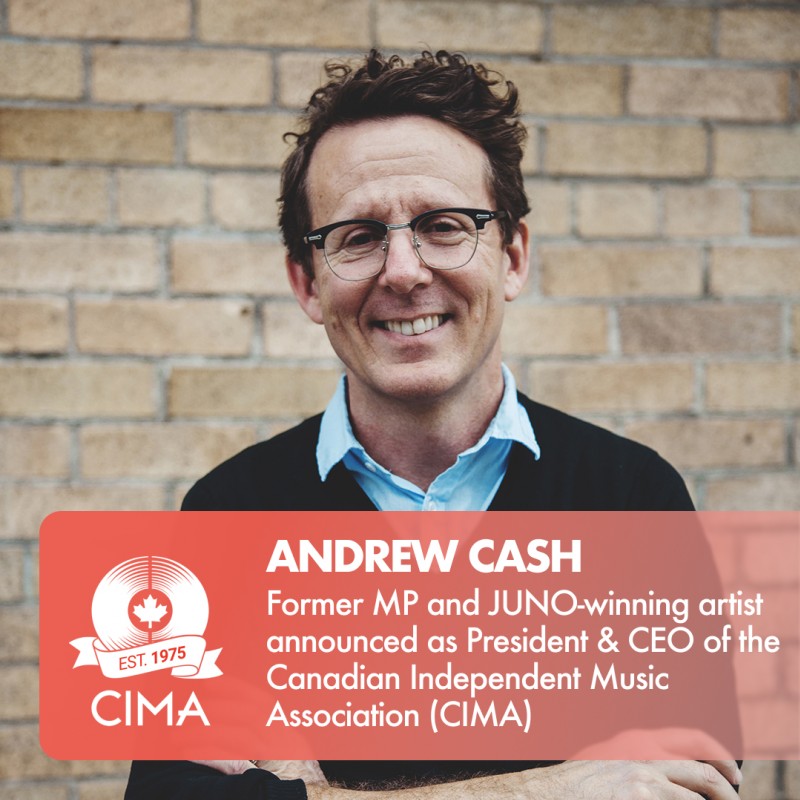 "After an exhaustive search, we’re thrilled to announce Andrew Cash as the new President of CIMA,” says Tim Potocic, Chair of CIMA’s Board of Directors and President of Sonic Unyon Records. “Andrew brings enormous strength to our organization with his unique combination of music, government, policy and community activism experience. We’re excited for the future, with him leading the way."

At CIMA, Cash plans to build on the relationships, skills and experience he has gained in his past work to help lead Canada’s independent music sector to a robust recovery when the Covid-19 pandemic ends.

“Our members are at the forefront of Canada’s new economy as home-grown generators of intellectual property, green jobs and exports,” Cash says. “I look forward to working with all parts of Canada’s music ecosystem, along with our partners in government and the private sector, to ensure our industry has what it needs for a robust post-pandemic recovery.”

The independent music sector is a significant and growing part of the overall music ecosystem, accounting for approximately one-third of the global recorded music market in 2020. Recorded music sales have been increasing steadily since 2015 in Canada, thanks in part to the growing popularity of streaming music services. However, many people and businesses in music – notably artists and the live music sector – have been significantly impacted by the global pandemic.

“As a former artist and arts entrepreneur, I’m particularly eager to help the people at the foundation of our sector – Canadian artists – get back on their feet stronger than ever,” Cash says. “The musical talent, digital knowhow and entrepreneurial spirit needed to make this happen are in place. CIMA will play an active role in helping artists and Canada’s independent music sector bounce back to full strength.” 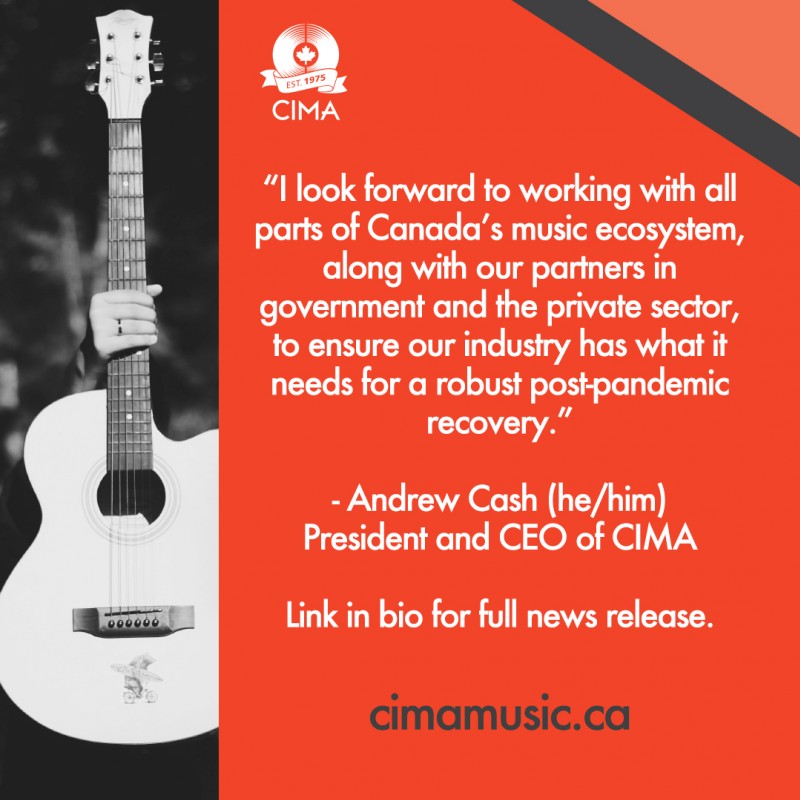 Andrew Cash was the MP for Toronto’s Davenport riding from 2011 to 2015. As an MP, he served on the Canadian Heritage committee, the Special Committee on Copyright Act reform legislation (Bill C-11), and as Citizenship and Immigration Critic for the Official Opposition. Having experienced the realities of making a living as an independent artist and arts entrepreneur, Cash dedicated himself in Parliament to raising the issues and voices of independent workers. Legislation he tabled in the 41st Parliament led to first-ever labour protections for unpaid interns under federal jurisdiction. He continued this mission post-Parliament, co-founding the non-profit Urban Worker Project, which seeks better protection and conditions for contract, freelance and self-employed workers.

Previously as a singer/songwriter and guitarist in Canada’s indie music scene, Cash played with the punk band L’Etranger, whose lineup also included fellow MP Charlie Angus. He launched a successful solo career in 1986, later collaborating with other artists including Jason Collett, Skydiggers and Peter Cash, created soundtrack music for television and wrote for NOW Magazine. Cash’s contributions as an artist earned him a JUNO award and three SOCAN awards. His music can be found at https://andrewcash.net.

Don Hogarth (on behalf of CIMA)